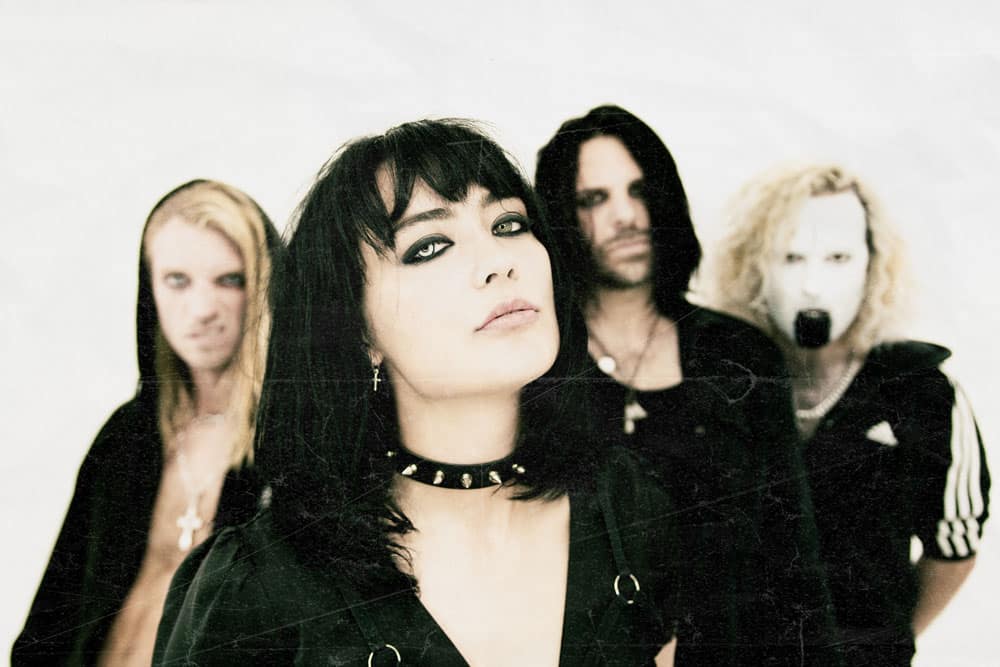 “Revelling in the idea that freaky is better, they’re a face-painted, Uma-Thurman-in-Pulp-Fiction-stanning blur of noisy nu-metally bounce”
Kerrang!

Saint Agnes are a horror punk, trash-metal band from East London fronted by Kitty A. Austen and Jon James Tufnell. Saint Agnes are Britain’s most exciting and hard-working live band. Frontwoman Kitty is a rock god in the making and her unpredictable stage performance leaves the audience thrilled (and terrified). With a disregard for equipment and personal safety, they bring a rebellious punk ferocity to their stadium-ready rock show. They have played hundreds of shows from punk rock, dive bar shows to opening the Download Festival mainstage. They have  sold out headline shows across the UK and Europe and recently scored tour support slots with  Skinded and with Monster Magnet.

Pressings of their visceral Goth-western debut album Welcome To Silvertown and follow-up EPs, The Family Strange and Vampire, sold out, and so far they have clocked up over 7 million streams on Spotify. Their music has been featured on Prime TV’s smash seriesHanna, CBS’ Tommy and is soon to be featured on the CW’s reboot of The Professionals.

The band have a hugely loyal and rabid fanbase eagerly awaiting releases and tours. The thing that keeps Saint Agnes fans so engaged is Kitty and Jon’s world-building – they are, obsessively, in control of all aspects of songwriting, music production, video directing and artwork creation and this makes for an immersive fan-experience. This carries through to the live show – the boundary between band and audience blurs with both sides committing wholeheartedly to the frenzied and riotously life-affirming experience.

The band ended 2021 with their biggest headline UK tour to date, including The Garage in London. 2022 holds European touring with Monster Magnet, more UK dates and new music.

“Saint Agnes’ imagery, combined with squalling guitars and their ferocious onstage presence, has marked them as ones to watch.”
Metro

“Spitting lines such as ‘I got a bigger f**king dick than you’, frontwoman Kitty Arabella Austen thrusts, stomps and thrashes her way through a set of rebellious anthems that make one thing clear – Saint Agnes are out to make their mark.”
Metal Hammer